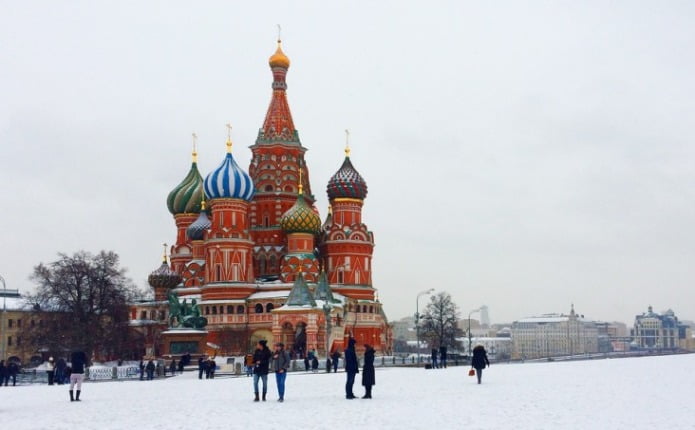 Venue of the 2018 Football World Cup, Russia is a delightful mix of history and culture. Overlooked till very recently, the country has now gained steady popularity in the travel community.

From centuries of rich history and culture, to spectacular art and architecture, and a pulsating nightlife, Russia has something to offer to everyone. Glittering palaces, ancient fortresses and charming historical towns, all come together to make Russia a destination worth exploring.

Be it the marvels of Moscow and St. Petersburg, or the idyllic charms of Suzdal, Pskov, and Veliky Novgorod, Russia is going to leave you enthralled every step of the way. Russia is the largest country of the world, and if you travel from one end of Russia, to the other, you will be crossing a total of eight different time zones!

Russia is also home to stunning natural reserves including the Kachatka Peninsula, Siberia, Lake Baikal, and so much more. Then there is the fascinating Trans Siberia Railway that takes you from one end of Russia to the other. It takes about six days to make the full journey, and is an experience to remember forever.

From an interesting political history, to the opulence of the erstwhile Czars, Russia is an enigma that attracts thousands of travellers every year. From the connoisseurs of the classical arts, theatre, ballet, and opera, to those seeking the thrill of the Russian nightlife, or even the adventure lovers, the country has something for everyone.

PLACES TO VISIT IN RUSSIA

There is so much to see and explore in Russia that it would take an entire lifetime to cover it all. From incredible mountains, to pristine beaches, deserts, and beautiful quaint villages, the country is a veritable paradise for travellers from across the world.

St. Petersburg has to be the most beautiful city in the country. Unparalleled cultural history blends seamlessly with alternative secret hangout spots of the local youths. It is the hub of classical cultural pursuits such as theatre, opera, and ballet. The historic buildings of St. Isaac’s Cathedral, Nevsky Prospekt, and the Paul and Peter Fortress are definitely the top tourist attractions of St. Petersburg.

The capital of the country is a delightful place to explore including the Kremlin complex, the Saint Basil’s Cathedral and it’s colourful onion-shaped domes, the Red Square, the Bolshoi Theatre and so much more. The rich cultural heritage mingling with the booming urban development makes Moscow an incredible experience for any traveller.

For nature lovers, Lake Baikal is the perfect destination in Russia. It is the deepest and largest lake in the world and offers a picturesque location for holiday makers. The cosy wooden houses are a great way to relax and unwind in the shores of the lake. You can take a dip into the crystal clear waters of the lake, try your hand at dog sledding, or simply relish the delicious food at the local cafes.

Sochi is yet another popular destination in Russia, and was host to the Winter Olympics in 2014. It is a well known destination for winter sports, and is visited by thousands of enthusiasts from all over the world every year. Other places to visit in Russia include cities like Vladivostok, Irkutsk, Volgograd, Kazan, Yekaterinburg, Novosibirsk, Samara, Rostov-on-Don.

The Valley of Geysers

The Valley of Geysers, situated on the Kamchatka Peninsula is definitely a sight to behold. It is the second largest field of geysers in the world, and is equally popular among travellers as well as researchers and scientists. It was discovered in 1941 by a scientist called Tatyana Ustinova, and has since then seen thousands of curious visitors who come to marvel at this natural phenomenon.

Suzdal, also known as the jewel of Russia’s “Golden Ring” or ancient cities that have been preserved as living museums. The city dates back to 1024. These living museums have been created in order to preserve the cultural and historical heritage of the country’s past. Suzdal is a delight for the lovers of art and architecture, and they can witness the beautiful onion-shaped domes that top the various kremlins, monasteries and cathedrals.

Venture out into the vast Siberian wilderness, or take the epic Trans Siberian express and travel from one corner of Russia to the other. It takes about six to seven days to complete the entire train journey, and offers you a glimpse into all of Russia – from the bustling urban centres of Moscow and St. Petersburg to the idyllic and charming cities and towns of Vladivostok, Novosibirsk and such like. This is probably the best way to explore the rich cultural heritage of Russia and that too, on a reasonable price.

HOW TO REACH RUSSIA FROM INDIA

Apart from Aeroflot, there are many other airlines, that offer direct as well as connecting and multi-stop flights to Moscow and St. Petersburg. Airlines that operate flights between Russia and India include Aeroflot, Air India, Lufthansa, Jet Airrways, Qatar Airways, and Air France. The number of non-stop flights are very limited, and it is more common to opt for flights with one or two stops.

Visa is mandatory for all Indians travelling to Russia. Visa is required to be obtained prior to arrival in the country. The visa application forms can be obtained from and submitted at the Russian embassy or consulate, in your city, along with all the necessary documents.

The passport needs to have a validity for a minimum of six months, and needs to be submitted in original along with two copies of the visa application form for Russia. Other documents that one will be required to submit at the time of applying for a tourist visa for Russia include:

HOW MANY DAYS ARE REQUIRED FOR RUSSIA TOUR

If you want to explore all of what the country has to offer, even a whole lifetime is not enough time. However, most of us do not have the time or the money to afford this. Depending on your interests, and what you want see and experience, and of course your budget, you can determine the length of your stay in Russia.

Ideally a minimum of six to seven days is required to get a proper feel of what the country has to offer. If you’re planning only to visit Moscow and St. Petersburg, a week to ten days will be a good idea. There is so much to see in Moscow alone, that even a week may not be enough to fit it all in. If your time and budget allows you a more leisured pace, you can spend as many as two weeks in Russia.

For those looking for adventure, or want to get out of the hustle and bustle of metropolitan Moscow, adding another couple of days to explore the natural treasures of Lake Baikal or the Kamchatka Peninsula is a great idea. If you have more days in hand, you can also opt for trekking through the wilderness surrounding Lake Baikal.

If you are interested in indulging yourself in-depth into the culture and tradition of Russia, you would need a minimum of seven days in Moscow, and at least three days in St. Petersburg. An eight days and nine nights itinerary with the two cities is also adequate, but it may leave you feeling a little breathless by the end. 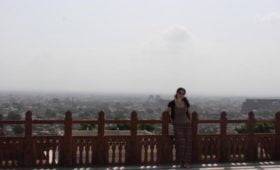 INDIAN ESSENCE- YOU CAN’T GET ENOUGH OF IT, EVER 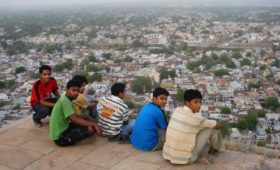 WHY YOU SHOULD ENLIST FOR A GROUP TOUR ? 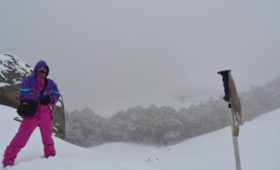 GOING SOLO- A TRAVEL GUIDE FOR SOLO TRAVEL IN INDIA